I got this from a local auction.  It was sold as a "non-working" unit, and I snagged it for the reserve price of $100 plus, plus.  I have seen a FEW of these around, usually with condition issues (broken handle, broken antenna, etc).  This is the first one I've seen at a reasonable price that was cosmetically complete.

So I got it home and looked it over.  Had a layer of crud all over it, which has been caked on over the years.  A little moisture and a microfiber cloth cleared up most of that.  The battery pack is in good condition with no obvious signs of damage due to corrosion.  So I rolled the dice and plugged it in.  Both the AM and FM bands work.  I don't have any 8-track tapes at the moment, but I could just about guarantee that won't be in working order (due to dried oil, dry rotted rubber, et al).  So I'll hold off testing that.

Anyway, I'm pleased with my purchase. 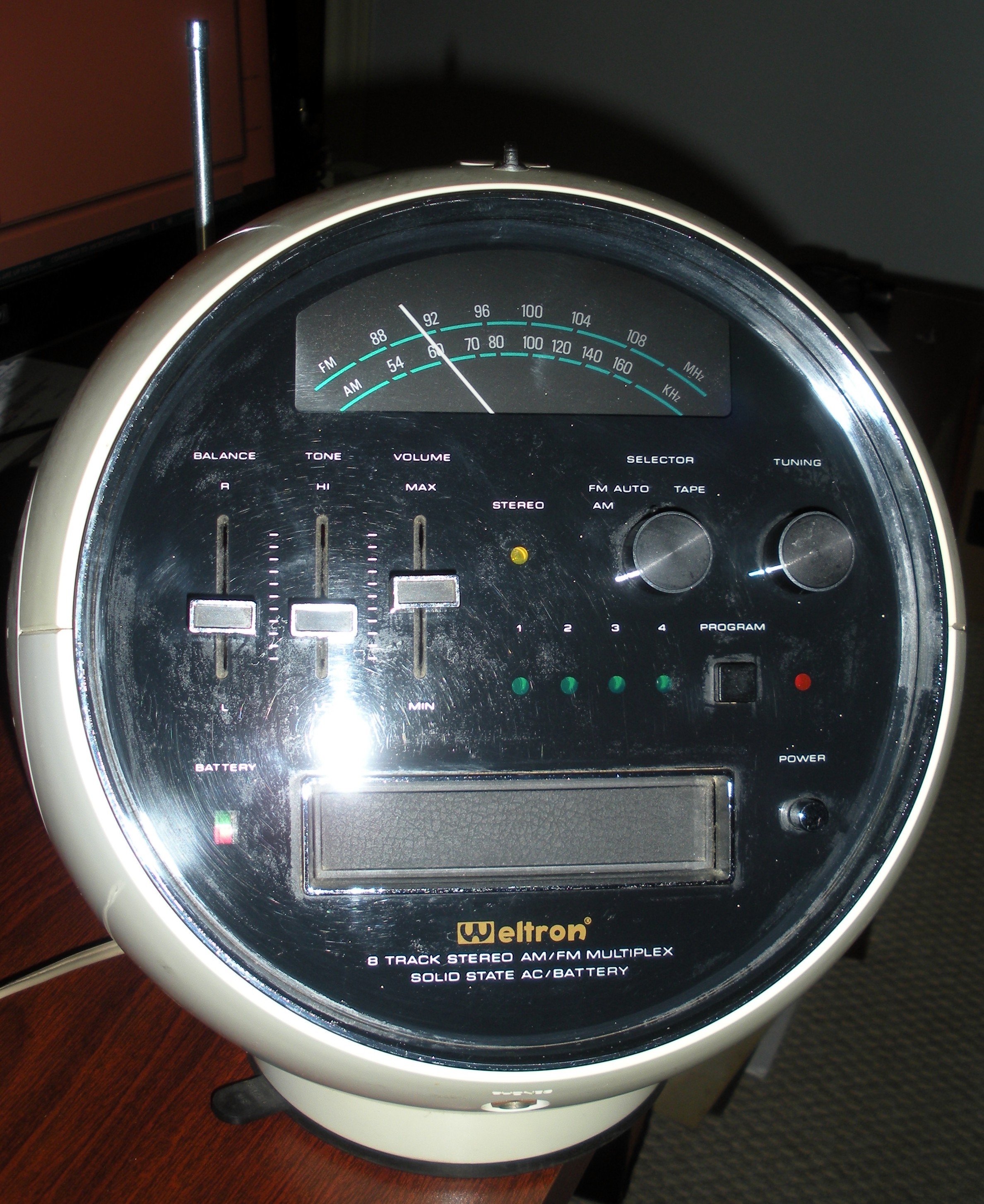 Yesterday I bought two 8-track tapes so I could test the tape deck on this unit.  I fully expected the tape player to be dysfunctional, so it came as no surprise when I stuck the two tapes in that neither of them played.

However, my previous experience with 8-track tapes led me to conclude the tapes were not getting fully into the player, so I got my flashlight and looked inside.  At first I didn't see anything... and then it occurred to me I should see something... the heads and capstan, for instance.

I noticed they were blocked by a piece of black plastic that was jammed in there.  So I slowly and carefully worked that piece of plastic out and noticed some words on the back side of it... "Remove Before Using".

I deduced that the former owner must have left the plastic dust cover on the tape when it was shoved into the player.

Anyway, the next time I stuck one of the two tapes into the player, music began pouring from the Space Ball.  I wish I could say it was lovely, sweet music... but I will say instead it was music contemporary to the player.

So, for the relatively minimal investment in this, I now have a fully functional unit that serves no useful purpose other than to full a longstanding hole in my collection.

It is satisfying when one reels in that special item that he needs to fill in a collection. Good for you. I'm glad it worked out better than expected!

Their style has held up well over the years. Good thing it is still up and running.