I see these as expensive items on ebay. Does anyone use a capacitor checker? I would think re-capping would eliminate the need for such a piece of test gear.

I have a Tel-ohmike TO5 that I use regularly. Some of the use is just the interest on how a cap reads after many years of use. Some use is just checking out new caps to make sure they are AOK before install. I don't know if they are necessary but like much of this hobby, they are fun to use.

And like anything else, the checker has to be recapped also to read correctly and reliably for everyday use just like a tube radio.

I would consider a new capacitor tester for the Caps that aren't readily replaced in restorations. The currently available types could give a value measurement, but no indication of dielectric strength necessary for the old units' operating voltages. I would imagine the old ones wouldn't do that either. That would be accomplished in the run up.

I have a small hand held that looks like a mult-meter. I use it to test those pesky mica caps that "never go bad". It really works well. 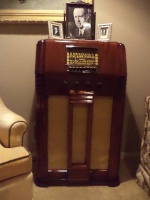 I think you can use some vintage capacitor checkers to reform electrolytics.

I thought the IT-11 was a semiconductor curve tracer.

I have a Heathkit C-3 that I sometimes use to reform electros, as it will supply up to 450V through a current limiting resistor.

Resistance is Futile wrote:I think you can use some vintage capacitor checkers to reform electrolytics.

It repolarizes the dielectric between the plates after a long period of disuse. We used to use a 100W lamp in a socket with a cord to do the capacitors of new telephone switchgear, charging through the lamp let the DC voltage build slowly. It would be too much current for all but big industrial capacitors to do that with a lamp though.

Tony V wrote:And like anything else, the checker has to be recapped also to read correctly and reliably for everyday use just like a tube radio.

I seem to spend more time repairing my vintage test equipment than I do repairing radios.  There's nothing worse than a tube tester that needs a socket replaced to check that one odd tube or a determining that your vintage VTVM (I do love the analog dial) is not giving you good readings because some of the 1% resistors have drifted up to 5% or 10% of their marked value (a Simpson 303 story for another post).

Anyway, I've been catching up on the forum after a summer of Boy Scout trips and I've seen the capacitor checker topic come up a couple of times now.  My workhorse checker is a Sprauge TO-5 and I use it almost exclusively for it's high resistance test capability.  A modern capacitance meter or ESR meter will not apply the high voltage needed to the device under test to simulate  how it will respond in a circuit with 250 volts on it.  Take any original wax-paper cap and do a resistance check on it and you'll see what I mean - the leakage often shows 10M or less which makes the cap an extremely poor blocker of DC, causing all kinds of mayhem in tube-biasing circuits.  This convinced me that there is no other practice other than to replace all of the wax-papers and electrolytics before even thinking about powering the radio up.

If you're like me and you re-build electrolytics by cutting open the cans and stuffing new capacitors inside then leakage test can also be used as a sanity check on each section by testing it before you re-install it.  If you have leakage on a section then you've put the new electrolytic in backwards (not that I've ever done that 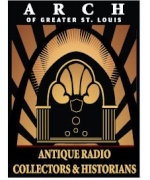 Yup. I had a new shorted one and had to build another new "vintage" filter capacitor. It also burned out the "fuse" section of the 35W4 filament and cost me a new tube. To be fair though, my DMM showed erratic mesurement so it sort of caught the bad capacitor in this case, but I wasn't paying attention.

I used a Heathkit IT-28 capacitor checker for several years. I think it was their latest generation, but should be similar to the IT-11. I found this type of instrument useful for grading salvaged capacitors, measuring the value of poorly marked caps in a chassis (have to disconnect one end) and for reforming electrolytics. The leakage test is very sensitive, and I found most all of the old wax paper and foil caps to be leaky at only a fraction of their rated DC working voltage. I also used a digital capacitance meter that I got from A.E.S. But as mentioned, if you replace all the caps except for the micas, you probably don't need it. They used to be reasonably priced ten or twenty years ago, 25 bucks and under--but so was most everything else. I liked it better than the Sprague Tel-Ohm-Mike, but my T-O-M might have had somethng wrong with it.

Not surprising about the paper/wax caps. They stink compared to newer technology. They did the job, but sure don't age well.